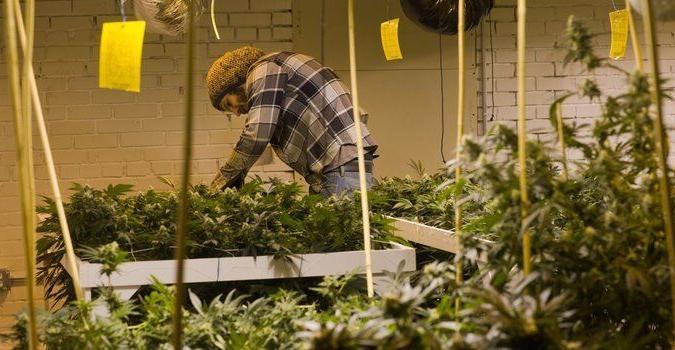 East Coast Cannabis markets are getting ready to expand in a major way. In recent weeks, Massachusetts, New Jersey, Connecticut, Vermont, Florida, and even New York have been showing signs of progress. For many budding east coast cannabis entrepreneurs, this momentum has been a long-time coming.

The excitement was palpable earlier this month at the Cannabis World Congress & Business Exposition (CWCBE) in New York City. Thousands of entrepreneurs and industry experts descended on the Big Apple to attend the marijuana expo and educational networking trade show for the legalized cannabis and hemp industries.

As founder of New York’s largest cannabis meetup group, High NY, I’ve been working to educate New Yorkers about cannabis since 2014, soliciting experts from all over the world to come to New York and share their knowledge.

I caught up with two such experts at CWCBE: Christian Hageseth, founder and CEO of Denver’s Green Man Cannabis, a retail and grow operation well-known for its connoisseur grade craft cannabis, and for ONE Cannabis, a cannabis business franchise. And Chloe Villano, founder of Denver-based Clover Leaf University. Licensed by the Colorado Department of Higher Education, Clover Leaf conducts vocational training for thousands of people all over the world.

“Temper your enthusiasm,” Hageseth said. “I’ve been part of legal cannabis businesses in nine states, shortly after each first legalized marijuana. For seven out of nine states, the rollout was significantly delayed and enrollment of medicinal patients was much lower than expected. Massachusetts is a perfect example. They took a while to get to where they are and are gaining speed, but the industry there is still so far from its true potential.”

While encouraging entrepreneurs to be optimistic about the business opportunities, he also cautions you to be realistic and pragmatic in your approach, as it may take a few years before new markets get their feet on the ground. “A lot of people think they’re going to get rich quick [in cannabis]. But, in reality, you are not going to be an immediate cash flow business,” Hageseth added.

Raise more capital than you need

Villano recommends that you “always raise more money than you think you need and don’t expect business to come easily. In fact, expect everything to go wrong, because the regulations will change often and your plan will become obsolete.”

Hageseth advises to let others take the lead. “There is a difference between pioneers and settlers. Pioneers got arrows and settlers got land,” he said. “I’m much more interested in being a settler in the cannabis industry. You don’t know how regulators or banks are going to react as legalization changes, so it’s beneficial to not be the first to market.”

Partner with people who have industry experience to guide you and provide valuable advice along the way. The cannabis industry is unlike any other, so finding someone who has a deep amount of vetted contacts, as well as experience owning or operating a successful dispensary or grow is a great competitive advantage.

“Having someone who understands your business and is available to help resolve specific challenges is invaluable,” Hageseth said. “I wish I could have paid someone $100,000 and five percent of my revenue to not make all the mistakes I’ve made. I would have saved myself so much trouble and would be millions of dollars ahead.”

He advises to be willing to pay for the right partner or the right advice. For example, there are ways to structure your entity and design your corporate governance that can significantly reduce frictions when it comes to scaling your business, remaining compliant, and paying your taxes.

An experienced partner should clue you into this as well as other important variables that can greatly impact the bottom line. Villano vehemently cautioned to “avoid bad partnerships! The fastest way for your cannabis business to fail is by taking on the wrong partner.”

Find a lawyer and accountant with cannabis experience

Marijuana is a tricky business to navigate. “It’s in your best interest to find an accountant who has been through an IRS audit or two with a marijuana company. If you don’t file your taxes the right way from the start, your business can get very far behind,” Hageseth said.

“Your business will greatly depend on the legislation in your market, so work with a lawyer who is well versed in several cannabis markets and regulatory frameworks in order to best protect your business,” Villano added.

Since the cannabis industry is nascent, many people are coming in from all different industries with several ideas of ways to incorporate something they know really well into an industry they know nothing about. Just because something worked in another industry, doesn’t guarantee it will translate in cannabis. Although it seems straightforward, take time to learn about the cannabis plant, culture, and community before entering this industry.

(19416)
Pan, tilt, and zoom (PTZ) lets you control Wyze Ca... read more
(as of May 24, 2020 - More infoProduct prices and availability are accurate as of the date/time indicated and are subject to change. Any price and availability information displayed on [relevant Amazon Site(s), as applicable] at the time of purchase will apply to the purchase of this product.)

(27107)
Get an Xbox gift card for games and entertainment ... read more
(as of May 24, 2020 - More infoProduct prices and availability are accurate as of the date/time indicated and are subject to change. Any price and availability information displayed on [relevant Amazon Site(s), as applicable] at the time of purchase will apply to the purchase of this product.)

The Ballad of Songbirds and Snakes (A Hunger Games Novel)

(141)
(as of May 24, 2020 - More infoProduct prices and availability are accurate as of the date/time indicated and are subject to change. Any price and availability information displayed on [relevant Amazon Site(s), as applicable] at the time of purchase will apply to the purchase of this product.)