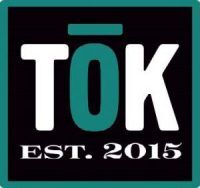 The Canadian cannabis community has just gotten a new member. Tree of Knowledge, Inc. just became Canada’s newest public cannabis company. The company is also planning on raising $10 million in private placement capital. According to the company’s most current pitch deck, the planned use of proceeds includes $6.5 million for new capex expenditures in Canada and Macedonia plus new product development. The rest is slated for patient and doctor outreach including via social media, new hires and working capital.

Who Is Tree of Knowledge Inc.?

Founded originally in Washington State in 2015, today TOK has a global market presence with CBD products on three continents and is already positioning itself to run with the big boys on the international scene, just on its CBD footprint. In the online marketplace, they are doing business as EVR CBD. That includes state markets in the United States, Europe, South America, Australia and China.

The company also has a distinguished board that includes doctors to former professional sports stars. As of April, the company engaged in a reverse merger with Courtland Capital, a Nevada subsidiary company.

And as of July 2018, the company purchased 5% of NYSK Holdings – a rapidly establishing Macedonian start-up with an eye to the European market – starting with Germany.

NYSK Holdings is absolutely on an upward trajectory. The company, founded by Americans with strong ties to the home country along with local partners, broke ground in Skopje, Macedonia last year.

Company principals have been exploring entry into the European market ever since (Macedonia may be in the Balkans, but it is technically not part of the EU). Significantly, this also means that producers there are used to meeting European specs for import purposes, if not hopeful EU inclusion.

Like other EU partners in the west however, (notably Spain and Portugal) labour rates are also much lower than in Germany. This creates a new avenue into the EU and the German market, which is now going to be an import-dominant one until 2020.

What is even more interesting about NYSK? They produce GMP-certified product – both THC and CBD. They have been looking for partners for most of this year. They also had a booth at the ICBC in Berlin, an experience that they found highly satisfactory.

Their strategic importance to TOK is also large. NYSK brings, for the first time, THC products and high-tech processing capacity adjacent to the European Union to a firm with a global footprint.

They might, in other words, have been Europe’s most under-priced production facility. Don’t expect that to last long.

What Is Interesting About The Move

One glance at TOK’s founders, board, andadvisors is enough to establish that this is a company of mostly older Gen X and younger Boomer heavy hitters from other industries who are pooling resources and knowledge to step into a global medical cannabis space. Smartly.

For example, the focus on dosing control, trials and an operational, GMP-certified production facility in Macedonia, plus their Canadian footprint, makes TOK and their partners well suited for “European invasion.” So does their first product – a CBD-based sleep aid.

This creates, in other words, a company with Canadian and Macedonian production, American entry and global reach, including into countries other cannabis companies have so far not breached (see China), with an interesting, low-cost, lower risk entry profile. Their expanded market entry is also occurring right at a time when Europe, including the about to be Brexited UK, is now moving forward on medical reform sans very much local production.

Perhaps this comes from the experience of the principals. TOK Cofounder Michael Caridi started his involvement in the cannabis industry in Washington State in 2014 after a successful real estate and promotions career on the East Coast (New York) and experience in ex-im. However, Caridi rapidly grew disillusioned with the state’s focus if not an obsessionon a more recreational space than medical users. He and Brian Main, now president of US operations, founded TOK a year later. Current CEO, John-Paul Gaillard, has a history that includes the creator of the Marlboro Classics brand and a stint as the CEO of Nestle Nespresso who put the idea on the map if not kitchen counters globally.

No newbies here when it comes to global market strategies, penetration and experience.

Both companies to watch, for sure.