Breaking News
2020-05-27 Did Strip Clubs Open the Door for Cannabis Businesses to Receive PPP Loans? 2020-05-26 7 Factors to Consider When Choosing Cannabis Software 2020-05-24 Marijuana Industry Soars In Midwest, Even As Pandemic Lockdown Continues 2020-05-23 6 Surprising Health Benefits of CBD for Menopause in Women 2020-05-23 New Poll Shows Those Living In Cannabis-Legal States Consider The Law Successful 2020-05-22 How to Grow a New Cannabis Business Amid a Pandemic 2020-05-21 Effective Brand Engagement for Cannabis Businesses on Social Media 2020-05-21 California joins push to let cannabis businesses use banks as part of coronavirus relief 2020-05-21 Analysis: Adult-Use Marijuana Legalization Associated with Tourism Spike 2020-05-20 Business Development Impact: Chalice Farms
Home » All Posts » News » The Cannabis Industry Could Get a Big Boost in the Next Stimulus Bill 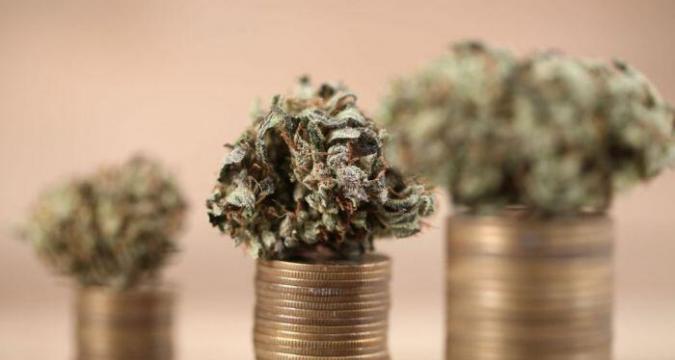 While many companies are getting benefits from the government to help battle COVID-19 and its impact on the economy, cannabis is one industry that’s been overlooked. Marijuana companies are ineligible for support under the Coronavirus Aid, Relief, and Economic Security (CARES) Act because they’re involved in federally illegal activities. Even companies that do business with these federally illegal entities (e.g., the cannabis industry) are ineligible for government aid.

As a result, the cannabis industry has been overlooked thus far in financial assistance. However, that could change as Democrats try to get help for cannabis companies. And if they succeed, it would help make pot stocks safer buys.

Colorado congressman working to get cannabis companies access to banking

If there’s one state that knows how important the cannabis industry is, it’s Colorado. Recreational marijuana has been legal there since 2014. And sales in the industry for both recreational and medicinal pot have totaled more than $8 billion since legalization. This past year (2019) set a new record as the state generated $1.7 billion in sales, which is a 13% increase from the prior year. 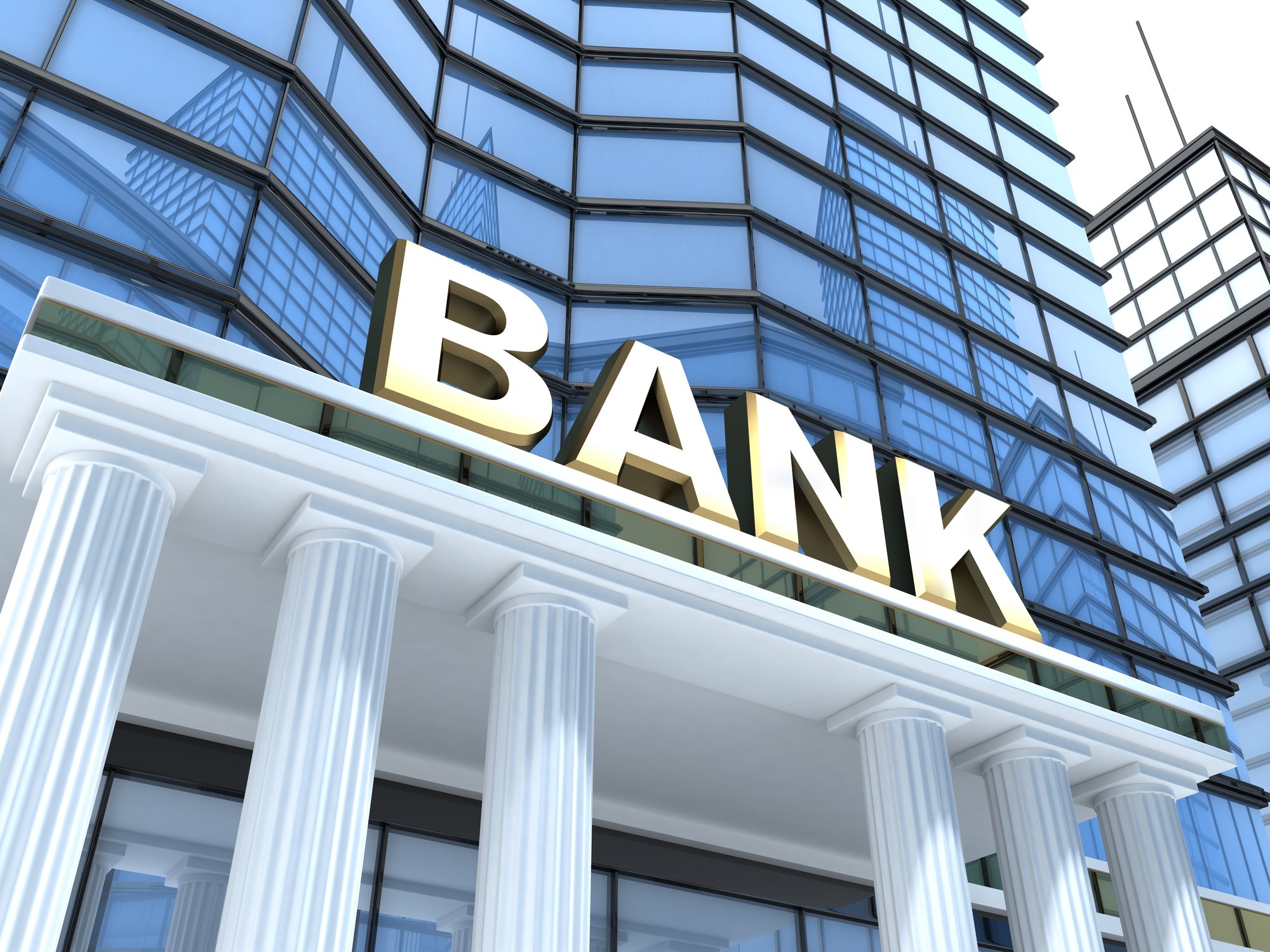 Democratic Congressman Ed Perlmutter represents Colorado and has been pushing for some help for the industry, particularly by improving access to banking. The Secure and Fair Enforcement (SAFE) Banking Act made progress in 2019 when it passed the House, but little has happened since. Perlmutter, however, is working on the banking issue and says he wants to get provisions from the SAFE Banking Act included on a future COVID-19 relief bill.

Currently, many cannabis companies struggle to get banks to work with them because the industry’s activities are illegal federally. That means getting loans and financial relief is hard to come by. By gaining access to banking, cannabis companies could be less reliant on the equity markets to raise money and to keep their businesses afloat. And that could be vital, especially at a time when stocks are as low as they are. In the past 12 months, the Horizons Marijuana Life Sciences ETF is down more than 70%. Leading marijuana multistate operator Curaleaf Holdings (OTC:CURLF) has seen its share price decline by 65% during that same timeframe.

Lower valuations mean it takes more shares to raise capital, resulting in further dilution for shareholders, in order to raise the same amount of money as it would have in the past. If cannabis companies can access banking and take out loans, that lessens the need for shares to be issued.

The good news is that according to Perlmutter, House Speaker Nancy Pelosi supports his push to get support for the cannabis industry, and Democrats are working on ways to get help for the industry in future relief bills. Lobbyists are also hoping that marijuana companies can gain access to Small Business Administration (SBA) benefits, like those passed under the CARES Act.

On April 23, Perlmutter along with Earl Blumenauer, a congressman from Oregon, introduced The Emergency Cannabis Small Business Health and Safety Act. The bill would give marijuana companies, in states where cannabis is legal, access to the resources that the federal government has made available to business through its emergency response packages for COVID-19. It would also ensure that future relief packages would not be able to exclude cannabis business.

The cannabis industry continued to do well in March when some states saw spikes in sales as consumers stockpiled pot in the wake of the coronavirus pandemic and fears that they’d have to stay home for prolonged periods. In Oregon, marijuana sales of $84.5 million in March were an all-time high for the state. Illinois also saw revenue continue to rise, recording $35.9 million in sales for March, up from $34.8 million in the previous month.

Thus far, the industry’s been doing OK, but that can change as more people lose their jobs and have less discretionary cash to spend on cannabis. Compounding the problem is that some cannabis companies may just be months away from running out of cash, according to investment bank Ello Capital. Throw in declining sales and that leaves a potentially dire situation for the cannabis industry — one that requires assistance from the government sooner rather than later.

What does this mean for investors?

Despite the efforts in Congress, there’s no guarantee that the cannabis industry will get support in future relief bills. It wasn’t included in the most recent legislation that the Senate passed on April 22, which provides more funding under the Paycheck Protection Program to help companies cover the cost of employee salaries and benefits.

For now, cannabis investors should assume no imminent help is on the way, although that could change. And that’s where focusing on a company’s current liquidity needs to be a priority. Without access to cash, investors should steer clear of high-risk pot stocks.

One company that may be in good shape, for now, is Curaleaf. When it reported its year-end results on March 24, the cannabis producer said it closed on a senior secured-term loan facility that will give it access to $300 million. That gives the company a lot more breathing room to get through what could be a tough year for the cannabis industry. As of Dec. 31, Curaleaf reported cash of $42.3 million, down from $266.6 million a year earlier.

But the company looks secure moving forward because during 2019 it burned through just $38.3 million in cash to fund its operating activities and $204 million in investing activities. Given its access to capital and room for Curaleaf to cut spending this year, it could be one of the safer cannabis companies to invest in right now. In 2019, the company showed terrific growth with sales of $221 million nearly tripling from the $77.1 million that Curaleaf reported in 2018.

But regardless of which stock cannabis investors consider buying, cash flow should be part of their decision-making process in light of the challenges ahead.

(1887)
30 singlesFabric launderedTear Away labelSizes: S ... read more
(as of May 27, 2020 - More infoProduct prices and availability are accurate as of the date/time indicated and are subject to change. Any price and availability information displayed on [relevant Amazon Site(s), as applicable] at the time of purchase will apply to the purchase of this product.)

The Ballad of Songbirds and Snakes (A Hunger Games Novel)

(314)
(as of May 27, 2020 - More infoProduct prices and availability are accurate as of the date/time indicated and are subject to change. Any price and availability information displayed on [relevant Amazon Site(s), as applicable] at the time of purchase will apply to the purchase of this product.)

(3970)
(as of May 27, 2020 - More infoProduct prices and availability are accurate as of the date/time indicated and are subject to change. Any price and availability information displayed on [relevant Amazon Site(s), as applicable] at the time of purchase will apply to the purchase of this product.)