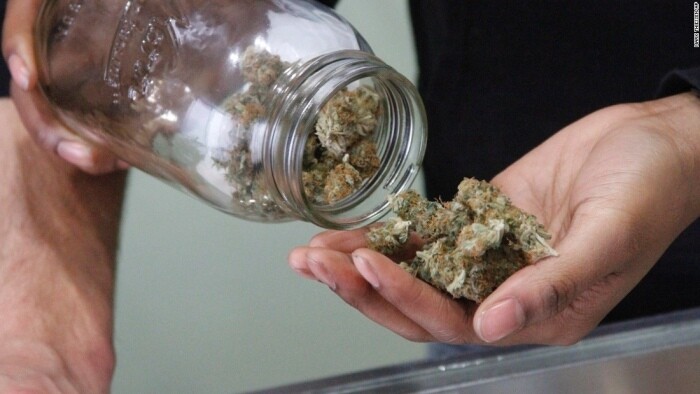 In the last six years nine states and the District of Columbia have legalized the use of recreational marijuana. On Tuesday, Proposal 18-1 will allow voters to decide if Michigan will become the tenth state.

When debating the legalization of pot, supporters and the opposition often point to the states where it’s now legal.

Supporters say, the sky has not fallen and the states have actually benefited. The opposition paints a much more grim picture of the effects.

In the past 20 years marijuana’s reputation has drastically changed. In the mid 90’s states began legalizing the use of medical marijuana. In 2012, Colorado and Washington became the first states to make recreational pot legal.

Victor Fitz is the Cass County Prosecutor – and one of proposal one’s most outspoken opponents. “Colorado is the failed experiment. In the history of bad ideas this ranks up as one of the worst,” said Fitz. “It has just drawn crime — an 18.6% increase in violent crime. Homelessness is just overwhelming the state.”

Those numbers have been hotly debated . Several reports have been done — all showing conflicting results. Some paint a sharp increase, others small and some show no increase at all. In addition to the crime debate, there’s another one about car insurance.

In all the states — the nine states that have passed recreational marijuana — their insurance rates have gone up an average of 16 percent,” said Fitz. “In Colorado, it’s gone up 33 percent. We have the highest insurance rate in the nation in Michigan and ours will go significantly higher.”

A Denver Post report shows there’s some truth there. Since legalization Colorado premiums rose at the third fastest rate of any state in the country. All states except Massachusetts show some increase post legalization.

“They will lose in their insurance rates over a billion dollars,” said Fitz. “That’s pretty simple math. That’s not good for the citizens of Michigan.”

But what is working since legalization? Right now 39 of Colorado’s 64 counties opted out of allowing recreational marijuana business, but in those opting in — business is booming.

“We have seen 2,500 news jobs in our local economy,” said Chris Markuson. “That’s a pretty substantive gain.” Markuson is the Director of Economic Development for Pueblo County. The county is home to just under 167,000 people. That’s just about the size of Berrien County.

Since legalization Pueblo County has seen a surge in its construction business. “It literally pulled us out of the recession. Very quickly. Practically overnight,” said Markuson.

The county was the first in Colorado to allow greenhouse and outdoor grows. The Denver Post even referring to it as the Napa Valley of weed.

“It’s kind of rare that you have a completely new industry section emerge in your local economy so it’s been interesting,” said Markuson. “We’ve had some growing pains. We’ve learned a lot along the way, but overall it’s been a positive to the community.”

So what do Michigan voters think? “I think it should have been legalized years ago,” said Larry Martin of Niles.

“For some people it actually does help,” said Kenyah Boyd of Niles. “I mean I know a lot of people give it a bad rep, but for some people they really do need it.” Helen Evick isn’t ready to say ‘yes’, but she’s also not saying ‘no’.

“Maybe it’s because of my age,” said Evick. “When you first started hearing about marijuana it was a bad thing. It was going to do bad things. Maybe that’s the reason.” As for Fitz, he’s steadfast in his opposition.

“A wise person learns from someone else’s mistakes,” said Fitz. “A fool ignores them and the mistakes are shown across the country in the states that have legalized recreational marijuana. Colorado is the greatest example.” It’s now up to Michigan voters to decide which is the bigger mistake.