In the four states where recreational marijuana was legal by 2016, there was a small uptick in cannabis use disorder among adults and teens, and a general rise in use by adults, a new study suggests.

Researchers looking at data on cannabis use between 2008 and 2016 found that rates of problematic use among teens and adults over age 26 rose faster in states where recreational marijuana had been legalized than in other states, according to the report published in JAMA Psychiatry.

“Other studies have looked at the effect of medical marijuana legalization,” said the study’s lead author Magdalena Cerda, an associate professor in the department of population health and director of the Center for Opioid Epidemiology and Policy at NYU Langone Health in New York City. “But this is the first national study to look at the impact of legalization of recreational marijuana use. This is a really important piece in helping us understand how to legalize it in a way that puts systems in place that will deal with the prevention and treatment of marijuana use disorder.”

Although the study showed an increase in problematic use, “I don’t think these findings suggest states shouldn’t legalize cannabis,” Cerda noted. “Obviously there are lots of benefits. But we have to pay attention to how it should be regulated to prevent public health harms.”

To look at the impact of legalization, Cerda and her colleagues turned to the National Survey on Drug Use and Health (NSDUH), which each year collects data on more than 17,500 adolescents aged 12 to 17, as well as 17,500 young adults aged 18 to 25 and 18,800 adults aged 26 and older. The survey used audio-based, computer-assisted self-interviews to reduce concerns about confidentiality.

Recreational marijuana was legalized in four states during the study period: in Colorado and Washington in 2012, and in Alaska and Oregon in 2015. In total, researchers looked at data from 505,796 survey respondents.

When the study team compared states where recreational use was legal to those in which it was not, they found overall use and use disorder rose more in the states where marijuana was legal.

Frequent use was defined as 20 days or more of use in the past month. Cannabis use disorder, or problematic use, was defined by answers to a series of questions that indicate “tolerance and dependence and encroaching problems every day,” Cerda explained.

Cannabis use disorder rose from 2.18% to 2.72% among all adolescents aged 12 to 17 in states where legalization occurred, a 25% larger increase than was seen in the states that had not legalized recreational use. In the same age group, among just those who had used cannabis in the past year, there was an increase from 22.8% to 27.2% in cannabis use disorder with legalization.

Among people aged 18 to 25, there didn’t appear to be any changes in use or in disordered use linked to legalization.

Among those age 26 and older in the four states where legalization occurred, 5.65% reported past-month marijuana use before legalization, and that rose to 7.10% afterward, a 23% increase. Past-year problematic use increased by 37%.

The new study is “important because there are few studies that have looked at the impact of legalization of recreational cannabis on use and problematic use,” said Ziva Cooper, director of research for the Cannabis Research Initiative at the University of California, Los Angeles. “It’s also the first to look at this in specific age groups.”

“One caveat is that the study only goes up to 2016 when there were only four states from which to draw data,” Cooper said. “It’s going to be really important to see if the findings can be generalized going forward.”

“(It) makes sense that more people were using cannabis once it was legalized,” said Ryan Vandrey, an associate professor in the department of psychiatry and behavioral sciences at the Johns Hopkins School of Medicine in Baltimore, Maryland. “It makes a difference if people can buy it in a store rather than having to seek out a drug dealer.”

One problem with the study, though, is that you can’t tell whether people are using cannabis to get high or if they are using it to treat medical problems, Vandrey said.

Nevertheless, Vandrey added, “it’s important that these studies get done and we track the impact of legalization.”

$32.54 $28.34
Green Candy Press
(as of April 5, 2020 - More infoProduct prices and availability are accurate as of the date/time indicated and are subject to change. Any price and availability information displayed on [relevant Amazon Site(s), as applicable] at the time of purchase will apply to the purchase of this product.)

$19.99 ($1.25 / Fl Oz)
EFFECTIVE: 100% Pure Cold Pressed Hemp Oil provide... read more
(as of April 5, 2020 - More infoProduct prices and availability are accurate as of the date/time indicated and are subject to change. Any price and availability information displayed on [relevant Amazon Site(s), as applicable] at the time of purchase will apply to the purchase of this product.) 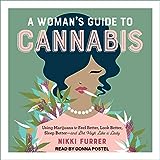 $15.30 (as of April 5, 2020 - More infoProduct prices and availability are accurate as of the date/time indicated and are subject to change. Any price and availability information displayed on [relevant Amazon Site(s), as applicable] at the time of purchase will apply to the purchase of this product.)