Trouble sleeping? Dry skin? Anxiety? Toss some CBD on it – says pretty much everyone who’s into wellness right now.

As versatile as ever-popular CBD is made out to be, there is a right and a wrong way to go about taking it. CBD, like all plant medicine, has a specific effect in the body, and it can be be pretty impactful. While you can’t die from taking too much CBD (in order for it to be toxic to your system you’d have to ingest almost 20,000 mg in a short amount of time, according to a 2011 study in the journal Current Drug Safety), you could experience a result you don’t expect – or don’t want.

CBD is a cannabis compound that works by stimulating the endocannabinoid system, the body’s system of receptor cells that trigger certain responses from hunger to sleepiness to memory recall. Every body and every endocannabinoid system is different – so, depending on your sensitivities, your experience of CBD will vary. One person may experience pretty intense relaxation after taking some oils, another might take the same amount and feel nothing.

For some, the medicinal qualities of CBD are potent – a survey from Brightfield Group and HelloMD showed that 42% of 2,400 participants who used CBD said they stopped using Tylenol or prescription drugs like Vicodin. In other instances, CBD has allowed kids with Autism Spectrum Disorder to enjoy a better quality of life. For these folks, CBD is by no means as casual as a cup of tea like it’s often made out to be.

We say CBD is ‘non-psychoactive,’ but this isn’t really entirely the case for everyone. As Hudson Hemp co-founder Melany Dobson points out, CBD could have psychoactive effects in some cases, because the brain and the body are so connected. Different people of course have different sensitivities, and to say that CBD is non-psychoactive across the board isn’t explaining the whole story.

With a broad-spectrum or full-spectrum tincture (as opposed to a CBD isolate), you’re getting a whole range of cannabinoids including CBD, terpenes and phenolics, so there’s a lot of medicinal support. Many terpenes and phenolics have been found to have effects similar to those of CBD on mood and inflammation, and so, while CBD has over 60 different targets in the body, its impacts each individual target differently. Other components in the entourage could go to work more effectively than CBD where you happen to need it most.

This is the entourage effect – the synergistic effect of the whole plant that happens when it’s allowed to work in unity. One doctor explains, ‘synergy is a boosting of effect. So, it would be the idea that 2 + 2, instead to equaling 4, it gives you an 8 in terms of the benefit.’

Many variables can influence the efficacy of CBD that should be taken in to account – your body type, prior exposure, what you’re using it for, and other supplements or medications you’re taking – studies have found that CBD oil is known to interact with certain medications. We talk about our optimal relationship with cannabis being a journey – and just like THC, finding the right dosage of CBD is a very individualized process for each patient.

To give you a rough idea of where to start though: According to Brightfield and HelloMD research, anxiety, insomnia and joint pain are the three conditions most commonly named by CBD users, and each most frequently treated with dosages of 10 mg or less. CBD users tend to prefer low or micro-doses of CBD (10mg or less), once or twice per day. More specifically, 40% of CBD users prefer micro-dosing with products containing <10mg of THC or CBD (20% use this dosage once per day, and the same percentage do so more than once daily), and only 9.4% prefer doses over 100mg of CBD or THC. Start there, and work your way up slowly – knowing, of course, your doctor is the best source of advice when it comes to your optimal CBD dosage.

What works best for you? 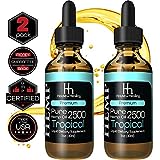 $79.99 ($40.00 / Ounce)
Hemp oil drops are finally here. This natural supp... read more
(as of April 9, 2020 - More infoProduct prices and availability are accurate as of the date/time indicated and are subject to change. Any price and availability information displayed on [relevant Amazon Site(s), as applicable] at the time of purchase will apply to the purchase of this product.) 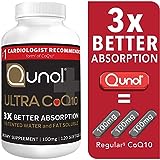 $25.92 ($0.22 / Count) $25.35 ($0.21 / Count)
3X BETTER ABSORPTION THAN REGULAR [2] CoQ10 — Clin... read more
(as of April 9, 2020 - More infoProduct prices and availability are accurate as of the date/time indicated and are subject to change. Any price and availability information displayed on [relevant Amazon Site(s), as applicable] at the time of purchase will apply to the purchase of this product.)

$29.99 ($15.00 / Ounce)
ORGANIC HEMP EXTRACT - from 100% Colorado grown He... read more
(as of April 9, 2020 - More infoProduct prices and availability are accurate as of the date/time indicated and are subject to change. Any price and availability information displayed on [relevant Amazon Site(s), as applicable] at the time of purchase will apply to the purchase of this product.)