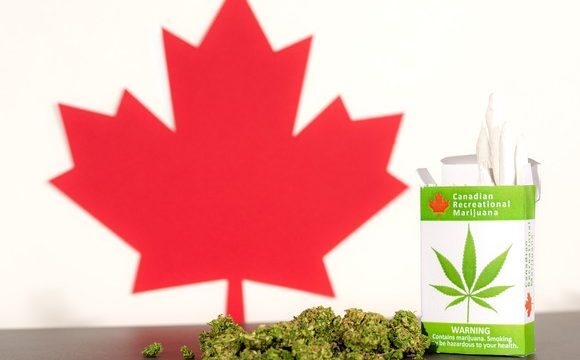 That’s the date scheduled for Canada’s Senate to vote on bill C-45, legislation that would make the recreational use of marijuana legal throughout the country. The Senate already cleared one key hurdle in March, with a 44-29 vote to allow the bill to advance to committee review.

The Colorado Department of Revenue (CDOR) recently released the latest marijuana sales reports for the state. And there are some new Rocky Mountain highs.

Marijuana sales have steadily increased in Colorado since the recreational market opened in 2014. Last year, total marijuana sales topped $1.5 billion, up 15% from 2016. However, the rate of growth has been slowing down as expected.

The first quarter usually isn’t the peak period for marijuana sales in the state. Sales are typically highest in July, August, and September. Based on the great start this year, Colorado should see total marijuana sales around $1.6 billion for full-year 2018.

Could Canada’s experience with legalizing recreational marijuana mirror Colorado’s? Maybe. There are some similar dynamics at work. Both Canada and Colorado allowed legal use of medical marijuana for several years before moving to legalize recreational use of the drug. Marijuana legalization enjoys public support in both areas.

As we saw earlier, Colorado is probably on track to record total marijuana sales of $1.6 billion this year. If we assume that Canada’s marijuana market will be larger than Colorado’s at the same scale as their difference in population sizes, Canada could be in store for a marijuana market of $10.4 billion annually. That’s a much greater number than some other estimates.

Canada’s Parliamentary Budget Officer (PBO) projected that marijuana sales would be between CA$4.2 billion and CA$6.2 billion. The midpoint of that range amounts to around $4 billion in U.S. dollars.

Professional services firm Deloitte estimated that the Canadian marijuana market could be between CA$4.9 billion to CA$8.7 billion. The midpoint of Deloitte’s range is roughly $5.3 billion in U.S. dollars.

Total marijuana sales in Colorado’s first year of allowing legal use of recreational marijuana approached US$684 million. It took some time for wrinkles to be worked out.

That’s probably to be expected in Canada, also. If we based our projection off of Colorado’s first year of recreational marijuana, Canada’s marijuana market would be closer to US$4.5 billion — right in line with the PBO and Deloitte estimates.

The key thing to understand is that’s just the beginning. If Canada’s market evolves like Colorado’s has, the country could easily be looking at total annual marijuana sales of more than US$10 billion (or close to CA$13 billion) within a few years.

From the marijuana market to the stock market

What does all of this mean for Canadian marijuana stocks? For one thing, they should soon enjoy tremendous sales growth assuming legalization of recreational marijuana proceeds as planned. However, it also means that these stocks’ valuations aren’t dependent only on the Canadian market.

The Canadian marijuana market size — even using higher estimates for a few years down the road — won’t be large enough to justify these valuations.

Does that mean these stocks are way overpriced right now? Not necessarily. Canopy Growth and Aurora aren’t just targeting the Canadian marijuana market. Both companies are going after large international markets as well, especially Germany. That’s why Canopy, Aurora, and others are ramping up production capacity well above what’s needed to supply the Canadian market.

The global medical marijuana market could be eight times greater than the Canadian marijuana market. That changes the outlook for the growth potential for Canopy Growth, Aurora Cannabis, and their peers.

$13.96
✅ 80% Cotton, 10%polyester,sweat free and stretchi... read more
(as of April 2, 2020 - More infoProduct prices and availability are accurate as of the date/time indicated and are subject to change. Any price and availability information displayed on [relevant Amazon Site(s), as applicable] at the time of purchase will apply to the purchase of this product.) 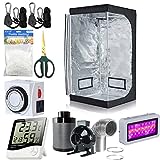 $318.38
32''x32''x63'' Hydroponics 600D Mylar Grow Tent Ro... read more
(as of April 2, 2020 - More infoProduct prices and availability are accurate as of the date/time indicated and are subject to change. Any price and availability information displayed on [relevant Amazon Site(s), as applicable] at the time of purchase will apply to the purchase of this product.)

$22.92 $18.94
Marijuana Horticulture The Indoor Outdoor Medical ... read more
(as of April 2, 2020 - More infoProduct prices and availability are accurate as of the date/time indicated and are subject to change. Any price and availability information displayed on [relevant Amazon Site(s), as applicable] at the time of purchase will apply to the purchase of this product.)