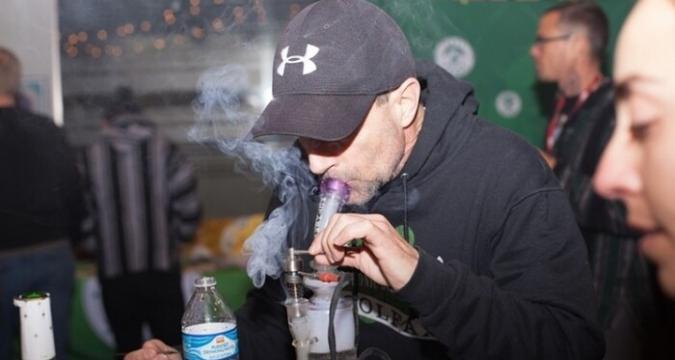 A bill that would allow dispensaries to apply for tasting-room licenses continued to build momentum in the Colorado General Assembly on Tuesday, April 10, after passing its third reading in the House.

HB 1258 will now head to the Colorado Senate, but not without a couple of changes from the original version. State Representative Susan Beckman, who opposed the bill in both committee and floor hearings, introduced successful amendments to enforce consumer education at potential tasting rooms and prohibit any dispensaries within 1,000 feet of localities banning cannabis businesses, respectively.

The bill’s prime sponsors, state representatives Jonathan Singer and Jovan Melton, both endorsed Beckman’s consumer education proposal. “It’s not just about having a good time, it’s about preserving public safety,” Singer said on the floor of the House. “This regulates the establishment of consumer education. We have tourists coming here who don’t know what’s going on, who are at a mile-high altitude, and then ultimately end up over-consuming.”

Over-consumption and a fear of impaired drivers were the main concerns of the bill’s detractors in the House. Several state representatives, including Beckman, Paul Lundeen, Polly Lawrence and Yeulin Willett, voiced their opposition, calling for more time to figure out scientific dosing and techniques to measure impairment.

“One of the concerns that I have is the fact that marijuana affects everyone a little bit differently. Someone may taste a little bit of a product, think that they’re fine, leave the establishment, get in their car…and then have the effects hit them,” Lawrence said during one hearing. “I think that there is just too much unknown in this.”

Beckman took it a bit further, comparing Colorado to Las Vegas, saying the “What Happens in Vegas, Stays in Vegas” slogan could be applied to state-licensed social consumption rooms, and warning her fellow lawmakers to refrain from turning Colorado into “Never-Never Land.”

The bill didn’t receive quite same level of support on the floor as it had from the House Appropriations Committee, passing out of that group on April 6 with a 9-5 victory and a favorable recommendation. The House approved it 39-24 on April, sending it on to the Senate.

“Frankly, this has been a long time coming. We have been discussing how do we properly, safely and responsibly allow customers, especially medical marijuana patients, to be able to sample different products and find the right medication, [or] the right product for them,” Melton told his colleagues. “We’ve seen some some local municipalities and governments try to fix this on their own, but it’s created a patchwork.”

A handful of private cannabis consumption clubs have opened with varying success around Colorado. The Colorado Springs City Council recently agreed to let current private pot lounges stay open for the next eight years (after which they must close); the City of Denver currently has one business with an open social consumption area under its Cannabis Consumption Establishment license program, with several other applicants. The bill proposed by Melton and Singer would allow cities to create their own social consumption licensing programs separate from dispensary rooms, like Denver’s.

Under the bill, a licensed Colorado dispensary could apply for a license to open a consumption room; in addition to the state’s okay, approval would be required by the local governing municipality or county. Although a proposal in earlier committee hearings would have barred medical dispensaries from applying for the licenses, the current measure would allow both retail and medical pot shops to apply.

$30.48 $28.34
Green Candy Press
(as of April 1, 2020 - More infoProduct prices and availability are accurate as of the date/time indicated and are subject to change. Any price and availability information displayed on [relevant Amazon Site(s), as applicable] at the time of purchase will apply to the purchase of this product.)

$19.99 ($1.25 / Fl Oz)
EFFECTIVE: 100% Pure Cold Pressed Hemp Oil provide... read more
(as of April 1, 2020 - More infoProduct prices and availability are accurate as of the date/time indicated and are subject to change. Any price and availability information displayed on [relevant Amazon Site(s), as applicable] at the time of purchase will apply to the purchase of this product.)

(374)
$18.99 $17.56 (as of April 1, 2020 - More infoProduct prices and availability are accurate as of the date/time indicated and are subject to change. Any price and availability information displayed on [relevant Amazon Site(s), as applicable] at the time of purchase will apply to the purchase of this product.)