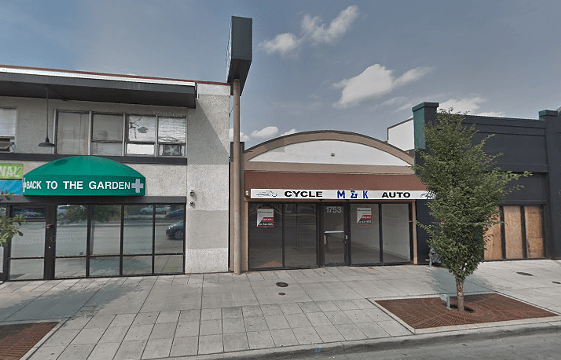 In September 2017, a group of friends announced their intention to apply for Denver’s first social cannabis consumption license, with the goal of opening a pot-friendly gaming lounge. Although it took a little longer than expected, the group behind Denver Vape and Play finally turned in their application for a Cannabis Consumption Establishment license on Thursday, June 7.

If that application is approved, Vape and Play co-founder Taylor Rosean says the business will be located in an old auto-repair shop at 1753 South Broadway, right in the heart of the street’s “green mile” of pot shops, next to Back to the Garden dispensary. According to Rosean, his group obtained a letter of support from the Overland Park Neighborhood Association to open the shop, and he feels good about their chances of getting the city’s blessing.

“The neighborhood has been very open and supportive during this,” he says. “There’s a lot of properties out there, so we just kind of held out for the perfect property. We wanted to create a usable space, and being in a dispensary-heavy area creates a very usable space.”

The city’s location restrictions on CCE applications have been criticized by both members of the legal cannabis industry and supporters of the voter-approved initiative that created the program in the first place. The Denver Department of Excise and Licenses has been taking applications since last summer, but only one business has received a CCE, while the city’s second CCE application, from pot lobbyist Cindy Sovine, was denied because the location of her proposed cannabis-friendly spa was 982 feet away from a child-care center.

Taylor Rosean and Megan Lumpkins submit their application for a Cannabis Consumption Establishment license on June 7.

Other locations protected by a 1,000-foot buffer include schools, drug or alcohol treatment facilities, and city-owned parks and recreation centers. The Denver City Council has assigned a task force to evaluate the social consumption program, which held its first meeting in May.

But the city’s location regulations didn’t pose a problem for Vape and Play, Rosean says; his group’s hurdle was funding. After a failed attempt at crowdfunding in 2017, he and his partner, Megan Lumpkins, began urging their friends and family members to invest. “It’s hard to sell tickets to a building that doesn’t exist yet. We didn’t even pull money out of it,” he explains. “We ended up having to really bootstrap and fund through family and friends. It took a lot of work.”

If the application is approved by Excise and Licenses, the next step for the group would be obtaining building permits and the construction process. Rosean and Lumpkins also plan to add a stage for educational events, music and live entertainment, and will create an open format to allow cannabis-infused yoga and other classes.

Although he’s not close to done with his first spot, Rosean says he’s already confident enough to start thinking about applying for another CCE license, crediting the city’s location-vetting process as a reason for optimism.

If all goes according to revised plan, Vape and Play should be open by the fall, says Rosean, a first-time business owner. “The market is ready for this, and the city is ready for this,” he adds. “I learned a lot about how this whole business process works, but more importantly, I learned that the city will welcome these types of businesses.”

(17030)
$1.99 (as of March 29, 2020 - More infoProduct prices and availability are accurate as of the date/time indicated and are subject to change. Any price and availability information displayed on [relevant Amazon Site(s), as applicable] at the time of purchase will apply to the purchase of this product.)