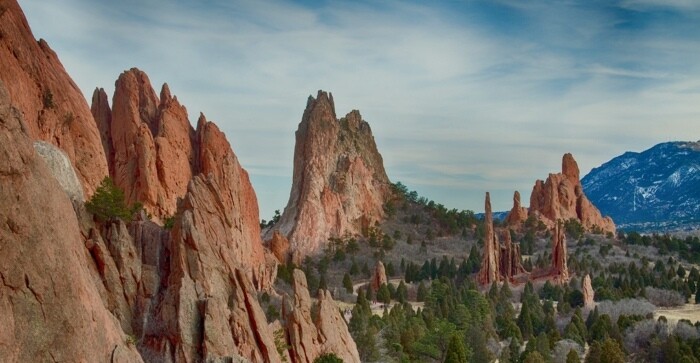 More than 10,000 Denver convictions for low-level marijuana possession from before the drug was legalized in Colorado are likely to be erased, but Colorado Springs has no plans for a blanket amnesty.

“For too long, the lives of low-income residents and those living in our communities of color have been negatively affected by low-level marijuana convictions,” Denver Mayor Michael Hancock said recently in a statement. “This is an injustice that needs to be corrected, and we are going to provide a pathway to move on from an era of marijuana prohibition that has impacted the lives of thousands of people.”

Denver is unique because the city and county courts are combined, Suthers said, whereas, locally, the system is split between the municipal court and the 4th Judicial District, which covers El Paso and Teller counties.

“I can only speak for myself as mayor, but given my background, I believe people ought to be held accountable for intentional violations of the law,” said Suthers, who was Colorado U.S. attorney, state attorney general and 4th Judicial District attorney, all law enforcement positions.

In any case, low-level marijuana cases were rare in District Court, Richards said. The vast majority went through municipal court while others in District Court were often accompanied by more serious charges like robbery, she said.

Denver’s move could affect what the mayor’s office said are thousands of convictions between 2001 and 2013, when a ballot measure passed by state voters in 2012 legalizing recreational use of marijuana took effect.

Hancock’s announcement follows an initiative last month by Boulder County District Attorney Michael Dougherty to vacate convictions and seal court records for defendants charged with possession of small amounts of marijuana that would be legal today.

“We are taking this significant step as a matter of fundamental fairness and to relieve eligible offenders of the collateral consequences associated with their conviction,” Dougherty said in a statement announcing the Moving On from Marijuana plan.

“Our office is committed to pursuing justice in every case and, as such, ensuring that now legal conduct does not continue to have an adverse impact on people’s lives.”

Hancock’s office said that expunging the criminal convictions is part of a “multi-pronged approach to ensuring that communities who have been disproportionately impacted by the war on drugs can benefit from the legalization of marijuana.”

Other steps include using marijuana tax revenue — expected to account this year for 3.6 percent of the city’s revenue — to support neighborhoods with low- and moderate-income residents.

“Our office has been actively participating with the courts and the working group that is focused on this issue,” she said in a statement.

“We are supportive of the concept and are currently examining the legal issues and processes required to review cases in which people were convicted of low-level possession of marijuana.”

“What we are seeing is a trend to expunge low-level marijuana convictions stemming from a failed drug war that disproportionately impacted communities of color and other vulnerable populations,” said Peter Marcus, communications director of the Boulder-based Terrapin Care Station.

“Mayor Hancock and Boulder County District Attorney Dougherty should be applauded for recognizing that a successful marijuana legalization program must also right the wrongs of a failed prohibitionist era.”

After last month’s elections, recreational marijuana will be legal in 10 states and the District of Columbia, and medical marijuana is legal in 33 states.