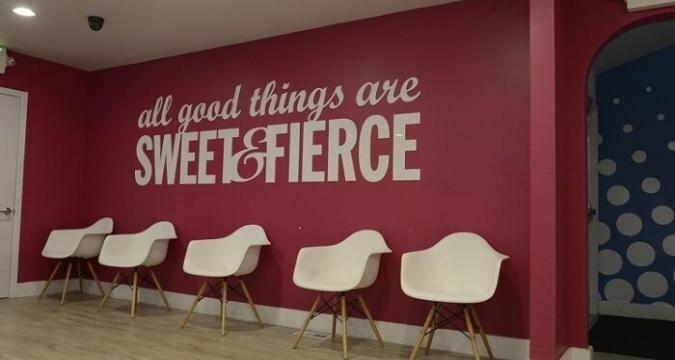 After overseeing five days of testimony and taking several weeks to deliberate, a Denver hearing officer has endorsed the nullification of every Sweet Leaf cannabis businesses licenses in the city.

Hearing officer Suzanne Fasing breaks down her rationale in a lengthy document sent to city officials and Sweet Leaf representatives, and much of it doesn’t read in the dispensary chain’s favor. With fifteen of its current and former employees arrested and all 26 of its Denver business licenses suspended in December 2017 over allegations of illegal cannabis sales, the company could cease to exist in Denver if the city sides with Fasing’s decision.

“The evidence of violations endangering the public health, safety and welfare has been discussed,” Fasing writes in her 45-page decision. “Sweet Leaf neighbors had good reason not to feel safe in their homes when Sweet Leaf was in operation.”

Denver city attorneys presented hours of video footage to Fasing that included Sweet Leaf employee interviews and undercover purchases from Sweet Leaf dispensaries by Denver Police Department officers during a disciplinary hearing that Fasing presided over in March and April.

The vast compilation of evidence shown against the company comes from a yearlong DPD investigation of looping, or selling the one-ounce limit (two ounces for medical patients) to the same customer multiple times a day.

The one-ounce limit was established by Amendment 64, but language distinguishing whether that limit was per purchase or per day was cloudy until a new law took effect on January 1. All of the alleged illegal sales at Sweet Leaf took place in 2016 and 2017.

All Sweet Leaf locations in Denver have been closed since December 14.

Sweet Leaf ownership and management encouraged employees to make multiple sales to the same customers under the belief that it was technically legal before January 1, according to DPD evidence and testimony; the company’s attorneys used the same defense against the city’s allegations.

The dispensary chain’s owners and their lawyers didn’t respond to requests for comment on Fasing’s decision, but company attorney Tom Downey has argued that his clients weren’t breaking the law, only taking advantage of it. “The bottom line is that the law didn’t go into effect until this year,” Downey said during the hearing’s closing statements April 10. “There was a gaping hole in the law here. Our folks knew where the line was, and they drove right up to it.”

However, a statement by the state Marijuana Enforcement Division in May 2017 telling cannabis licensees that selling more than one ounce to same customer per day was illegal was reiterated to Sweet Leaf vice president Nichole West in an MED email in August 2017, according to City Attorney Susan Cho — something Fasing cites in her decision before disagreeing with Downey’s defense.

“I find that multiple transfers (i.e., sales) of marijuana to the same customer that are each one ounce, in some instances as discussed in this Recommended Decision, constitute a single transaction rather than multiple transactions,” she writes. “There is also sufficient evidence to show that Sweet Leaf owners and upper management directed the looping scheme which resulted in the violations found in this Recommended Decision.”

All 26 of Sweet Leaf’s medical and recreational cannabis licenses in Denver, which account for eight  dispensaries, nine different growing locations and an infused-product manufacturer, will be revoked if the Denver Department of Excise and Licenses sides with Fasing. After a ten-day period for objections and another five days for responses to objections, Excises and Licenses director Ashley Kilroy is expected to issue a decision in one to three weeks, but there is no deadline on the final ruling.

Although Sweet Leaf’s business in Denver may be coming to an end, its locations in Federal Heights and Aurora both reopened shortly after the raids and will not be directly affected by any decision the City of Denver makes. A new Sweet Leaf location in Thornton is expected to open in coming months, as well.