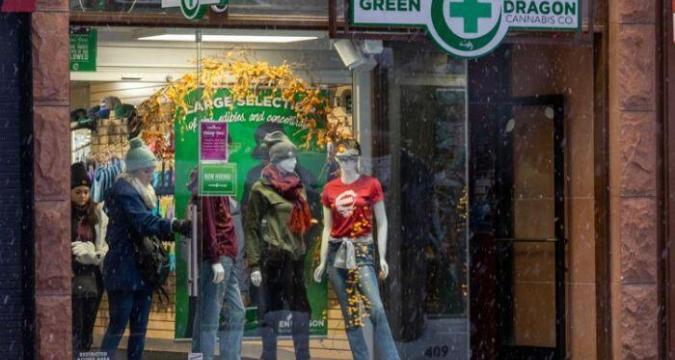 The state issued an advisory warning Friday, listing several strains of potentially contaminated medical and retail marijuana that, due to a screening error, made it to dispensary shelves between Oct. 21 and Nov. 14.

The strain in question is called Snowball, distributed by both businesses. It was flagged “due to the identification of potentially unsafe levels of microbial contamination,” the advisory reads, though it doesn’t offer specifics regarding which microbials.

According to laws regulating medical and retail marijuana, most products — including flower, edibles and concentrates — are tested for acceptable or unacceptable levels of microbials and mycotoxins, which are toxic compounds naturally found in fungi, which can manifest in cannabis. E. coli, salmonella, yeast and mold are among the most commonly tested microbials.

“So there are levels of total yeast and mold that are allowed by [the Marijuana Enforcement Division],” explained Shannon Gray, the marijuana communications specialist for the state department of revenue.

Typically, a third-party cannabis compliance system that helps regulators track marijuana from seed to sale catches any product that fails to meet legal levels of microbials or mycotoxins. In this instance, however, a software glitch allowed potentially contaminated product into consumers’ possession.

“Due to a technical error that was the result of a software update, several harvest batches or packages of finished marijuana displayed an incorrect testing status in the inventory tracking system,” the advisory states.

Gray recommends that anyone who purchased any of the listed labels — Snowball, harvest number SB-F2-101619 in the Roaring Fork Valley — to either discard the product or return it to the dispensary from which it was purchased immediately.

In some ways, the error is paradoxical: On the one hand, a bug in a software update in a highly technical tracking system is the reason for the error. On the other hand, the specific labeling that the system produces helps regulators and dispensaries immediately identify the failed batches and communicate with consumers when such an error occurs.

And while Gray acknowledged that “obviously this is a software glitch” that “shouldn’t happen,” it’s up to the individual businesses to decide whether or not to offer refunds for returned product. The ownership group of Green Dragon was not immediately available for comment.

There have been several recalls by both MED and, more regionally specific, Denver Department of Public Health and Environment this year. As production continues to increase to match demand, microbials continue to plague harvests. According to the MED 2018 annual update, about 15 percent of marijuana flower tested for acceptable levels of microbials failed — up from about 10 percent in 2017.

Of course, when the system works correctly, that product is flagged for retesting and should not pose a threat to public health because it doesn’t make it to dispensary shelves in the first place. While nobody from the Department of Public Health and Environment was available to elaborate on symptoms from consuming unsafe levels of yeast or mold, the statement issued made clear that anyone concerned should seek medical attention.

“Consumers who experience adverse health effects or an illness from consuming the product should see a doctor immediately and report the event to the store from which they purchased the product,” the statement advises.