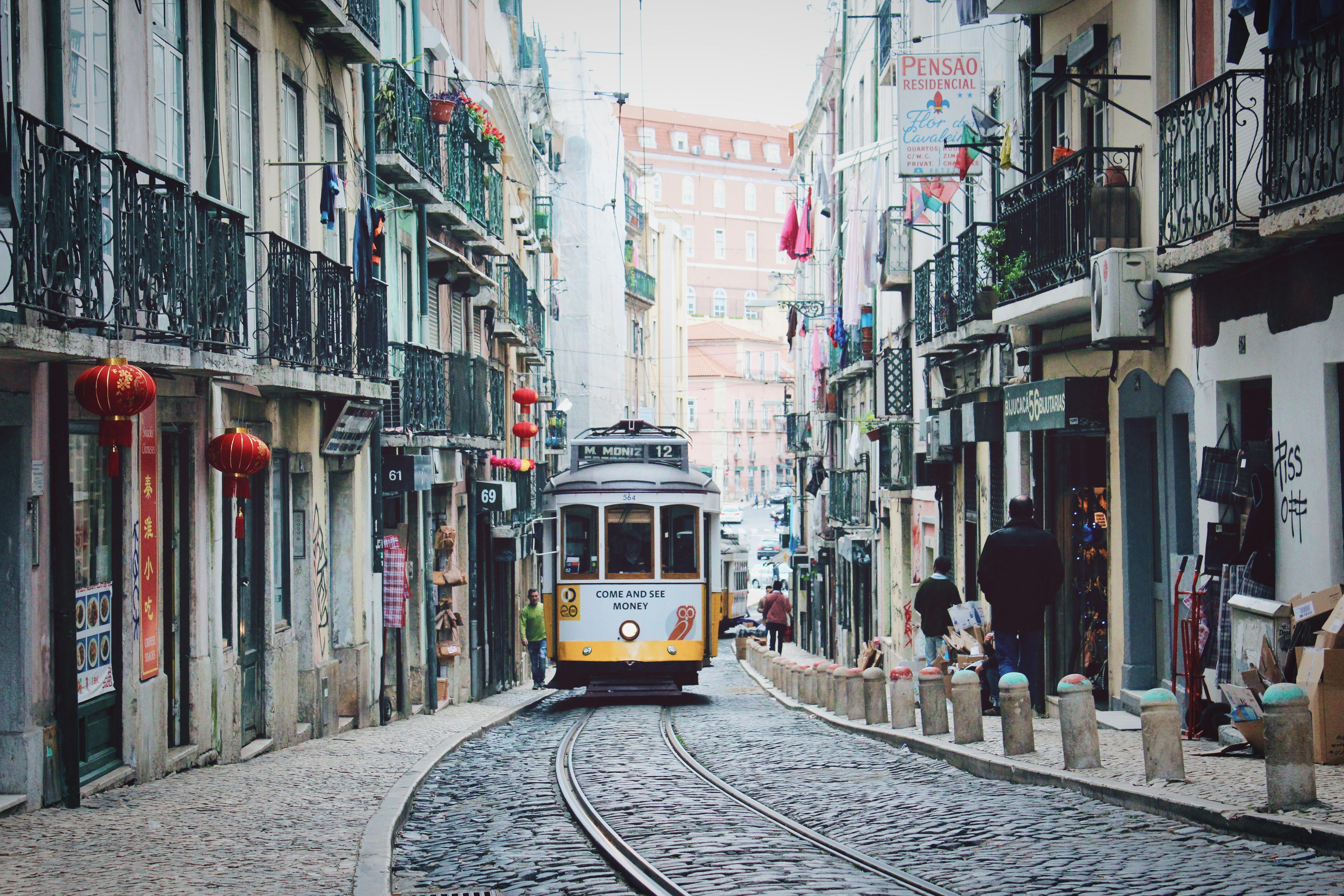 So, unless you’ve been living under a rock, yo know that Canada is FINALLY legalizing the recreational use of cannabis, after long standing decriminalization and medicinal legalization. What a time to be alive!

Canada truly is paving the way for the safe distribution and consumption of the highest quality, most densely regulated cannabis products in the world (because Canada wants us to have fun, but not too much fun). So we all just need to hold onto our toques here, and keep our facts straight when it comes to boasting about cannabis consumption.

When we hear about legalization, it’s assumed that it’s about to be a party up in here. In reality, there are still really strict guidelines to be followed, or you can still suffer the consequences. And despite the infinite luck of being able to witness the legalization of medical and recreational cannabis in our home and native land, not everyone is as lucky, or even on the same page as lucky.

So what does cannabis look like around the world?

Totally legal to consume, purchase and cultivate cannabis, within the boundaries set by government regulations and policies unique to each country.

Canada just got even cooler, if that was possible. Total recreational and medicinal legalization is set for October 17th, 2018, and there’s no turning back! Canadians can cultivate up to four plants in a private residence, purchase cannabis from licensed producers and government operated dispensaries, and can carry up to 30 grams or one ounce in public at any given time.

Strict regulations regarding driving under the influence will be initiated and roadside saliva tests will be used.

It’s still pretty illegal to purchase or distribute cannabis on the black market, and topicals and edibles are not part of the legalization infrastructure yet (it will be about a year before regulations are set). So when October rolls around, use the government regulated resources available to you like a good, smart Canadian.

Grow it, smoke it, use it, carry it, love it. Do whatever you want with cannabis in Nepal. This place has never seen issue with cannabis, as it is seen as a spiritual herb used in ancient healing ceremonies for centuries.

Do absolutely nothing in North Korea except love the shit out of ‘da green stuff. Cause it is basically the most legal thing going on over there. The only restriction is put on how many plants one private residence can cultivate, and rumour has it, that it’s somewhere around twenty plants. So North Koreans seem to be having at least a little bit of a good time.

Portugal has been having a grand old time since the total and complete legalization of all drugs in 2001. Seriously, yes, all drugs. As long as it’s for personal use, you can carry up to 25 grams of cannabis at any given time.

Interestingly enough, Portugal has seen a sharp decrease in addiction and overdose in the years since legalization. Yup. True story.

Uruguay is the first latin american country to completely legalize cannabis, and the first country  to ever move through the pharmaceutical system, starting in 2013. There are no restrictions on cannabis consumption, purchase, use, or cultivation, aside from consumers needing to be 18 years or older to purchase or cultivate.

The USA is really helping to pave the de-stigmatizing of recreational cannabis, and is really killing the branded market.  Cannabis is legal in some form in 46 states, has a fully legal and functioning hemp-derived CBD market, and a very chill legalized cannabis market. You can get anything from topicals to candies, teas, chocolates, oils, flowers and skin care products. You name it, they’ve got it.

US cannabis companies are able to brand and market products without too many restrictions and are rocking the industry. Unfortunately in Canada we will miss out on all the fun, as branding and marketing will be strictly regulated.

You can purchase, smoke, consume and cultivate cannabis freely in any of the following states:

Next up we have decriminalization – meaning, cannabis is still an offence to purchase, smoke or consume, but is considered a minor offence and is possibly just punishable with a fine and a slap on the wrist. Each country has set its own standards and regulations around the purchase and consumption of cannabis.

The purchase and consumption of government regulated cannabis is totally legal, but do not get caught cultivating, transporting or selling unless you want to spend some time in an Argentinian prison.

Argentina has total medical legalization however, which is actually free through the health care system for medical patients.

Cannabis is decriminalized in Chile, but is highly restricted to private, at home use only.

This may come as a shocker if you’ve ever watched a flick about Colombia, but the country is pretty chill, and decriminalized cannabis in 1994. Citizens can consume and cultivate cannabis in private residences and will only really see issue if growing more than 20 plants.

Costa Rica is still ironing out the kinks of the country’s decriminalization of the consumption and cultivation of cannabis. No regulations have been set in place yet in regard to age requirements and legal amounts that can be carried on a person.

Croatia has decriminalized the personal possession and immediate consumption of a small amount of cannabis. Selling and transporting is still totally and unequivocally illegal.

The medical use of cannabis has been legal and regulated for some time already in the Czech Republic, but only recently have decriminalized the recreational use and personal cultivation. Carrying up to 15 grams won’t get you in any trouble as long as it’s purchased legally.

A person may carry up to ten grams of legally purchased cannabis in Ecuador, but literally everything else is illegal. Don’t distribute it, transport it, consume in public, or cultivate. You’d be playing with fire, and not the kind that will spark your joint.

Despite what would naturally be popular opinion based on Bob Marley alone — Jamaica is just decriminalizing the use of cannabis.

Now though, you can carry up to two ounces, or cultivate up to five plants without expecting any trouble.  Jammin’.

Although the Netherlands is well known as the #1 cannabis destination in the world thus far, surprisingly it is not entirely legal. There are designated areas where cannabis is legal and can be purchased and consumed in public cafes, however, for the majority of the nation the police have simply been turning the blind eye. Selling and transporting is still a firm and definite no, so stick to the cafes. They will be serving snacks.

It’s all good and fine to carry cannabis for personal, private and immediate use in Peru, so long as it is purchased legally. Anything outside of your own immediate use in a private residence is totally off limits.

Decriminalization in Russia allows citizens to carry up to six grams of dried flower. That’s about it. Otherwise, do not pass go.

Spain has some tricky laws and stipulations around cannabis. Namely, you can cultivate and consume cannabis in your own private residence only. So make sure you keep about your wits in Spain, if you can help it.

Swiss citizens can cultivate up to four plants in a private residence. Generally, with indoor plants, a well loved plant can yield up to two pounds per plant! Swiss chocolate and well loved green sounds good to me!

In the Ukraine you can cultivate your own cannabis to the tune of five personal plants. Consuming in public, transporting, selling and everything else is less than advisable unless you think you’d fair well in the prison system, which I’ve definitely watched a scary documentary on. Heads up.

LEGAL USE OF MEDICAL MARIJUANA

Must obtain a medical prescription in order to legally purchase and consume legally produced and licensed medical cannabis.

Seriously strict policies in the land down under. Medical Marijuana is not cultivated in the country, and is entirely imported at this point. Although Australia is like Canada’s favourite cousin, they’re not quite on board with cannabis yet and it is still a publishable offence outside of very strict medical usage.

Medical use is legalized, but the country is struggling with high prices, difficult cultivation processes and supply shortages on the reg.

Israel is fast becoming a leader in medical cannabis research and has legalized the medicinal use of the herb. Israel has some 30,000 medical users, and facilitates policies quite flawlessly.

Although you can legally purchase medical marijuana in Puerto Rico since 2015, smoking it – especially in public – is still illegal and punishable by jail time.

As the USA boasts more and more recreational legalization, it is becoming more likely that states will at least have access to medical cannabis and decriminalization in the near future. For starters, you can legally access medical cannabis in the following states, although it is highly inadvisable to illegally purchase or consumer cannabis otherwise. This offence is not taken lightly and will land you in jail which I’m told is nothing like Orange Is the New Black, as it happens.

As the cannabis industry slowly comes into its own and it is really creating space for alternative and infinite medicine, and a little bit of a good time on the side.

If you are in a legalized or decriminalized country, then all the power to you to explore what works for you! However, if you find yourself somewhere like Thailand or Indonesia anytime soon, then I would still recommend checking out the 1990 classic Brokedown Palace, for a little morality check. Not everyone is cool with cannabis and until that time, make sure you still check yo’self when considering lighting up abroad.