A handful of Canadian marijuana companies are already knee-deep in California, deploying millions of dollars in cultivation facilities, retail outlets and branded products to establish a footprint in the world’s largest marijuana market.

Executives at the companies – whose shares trade on the Canadian Securities Exchange (CSE) – said they hope to capitalize on:

CannaRoyalty is among those with an aggressive California strategy. Almost all the Ottawa company’s new capital is earmarked for the Golden State. 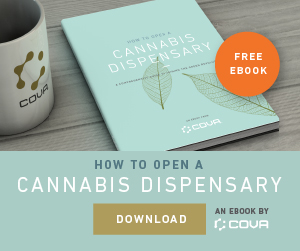 “California is the market. You get it right there, you have the key to all other markets,” said Marc Lustig, CEO of CannaRoyalty, which invests in Canada and U.S.-based cannabis companies.

“Our interest in California stems from the fact that it is the largest cannabis market in the world – larger than Colorado, Washington and Oregon combined,” he said.

His medical-focused company is building a 325,000-square-foot production facility in Cathedral City, in Southern California. When completed, it will have an annual capacity of 60,000 kilograms of dried flower.

Hadley Ford, the CEO of iAnthus Capital Holdings, predicts California will be the epicenter of innovation and growth in the marijuana industry.

He’s leveraging his company’s access to Canada’s capital markets to give it a leg up over U.S. competitors, which don’t have as big a funding pool to tap.

“Our ability to access capital and use our stock to make acquisitions gives us a competitive advantage,” said Ford, whose New York-based marijuana investment and operations company trades on the CSE as IAN.

iAnthus is one of a number of American businesses using holding companies in Canada to tap the capital markets.

It has raised 57.2 million Canadian dollars ($45.6 million) in three transactions involving share offerings and private placements, but company executives have not yet spelled out how much could be utilized in California.

Ford said he is still weighing opportunities there and intends to make a move, likely involving retail, later this year.

Sunniva is deploying CA$63 million ($50 million) to build a campus in California. The site, depicted here in an artist’s rendition, will include a production facility.

Since going public, CannaRoyalty has raised CA$37 million in equity and debt, funneling about half of that into its California strategy.

Sunniva, which went public last week, is deploying CA$63 million in California to build its production facility in Cathedral City.

The company plans to use an undisclosed amount of that total to provide funding to TKO Products, a California edibles maker.

Nutritional High – which also has the option to buy a stake in TKO – said the funding will allow the company to complete its new production facility near Los Angeles.

Ironically, U.S. prohibitions blocking the development of the cannabis industry on a national scale are shielding the country’s industry from competing against well-capitalized Canadian peers that trade on the Toronto Stock Exchange and the Venture Exchange.

That gives companies traded on the CSE – which allows listed companies to do business in the United States provided they meet certain risk disclosure requirements – a distinct advantage, at least for now.

Marapharm (CSE: MDM), a marijuana investment company based in British Columbia, also is among those using the CSE to be active in California. It recently bought a privately owned medical cannabis dispensary for $1.6 million (CA$2 million), adding to its assets in the Golden State.

“We will continue to be razor focused on transactions that give us manufacturing, distribution and branded products in California,” Lustig said.

Distribution was the impetus for CannaRoyalty’s CA$5 million investment in River, a California marijuana distributor that sells products to 800 dispensaries, Lustig said.

The deal gave CannaRoyalty an undisclosed cut of River’s revenues.

Moreover, it came with a “preferred” distribution agreement for CannaRoyalty’s own branded products: Green Rocks Botanicals, a cartridge line, and Soul Sugar Kitchen, an edibles line.

The investment in River, plus CannaRoyalty’s planned acquisition of Alta Supply, increases its access to over 1,000 of California’s approximately 1,200 dispensaries.

“California will make Canada look like just another regular state, little different than Colorado or Nevada,” Lustig predicted. “California will always be the biggest legal cannabis market in the world.”