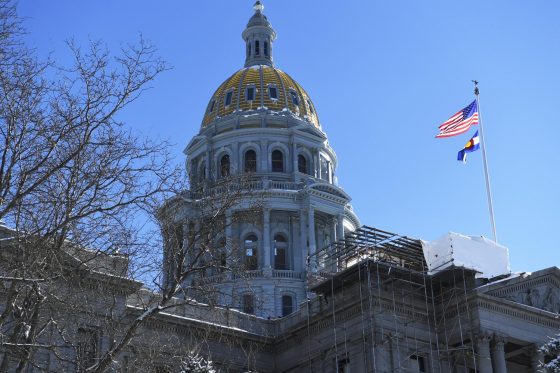 A bill to create a marijuana delivery pilot program in Colorado rolled through a key legislative committee Wednesday.

The House Finance Committee, on an 8 to 5 vote, advanced House Bill 1092, which would establish an 18-month pilot project allowing for home-delivered medical and recreational cannabis.

As initially written, the state licensing authority could enter into up to three memorandums of understanding with municipalities to allow marijuana delivery in those jurisdictions, according to the bill text as introduced Jan. 18. The memorandum of understanding could allow multiple municipalities to comprise a contiguous jurisdiction, according to the bill text.

The bill initially limited the number of licensed delivery businesses to 15, but an amendment was tacked on to leave that decision up to Colorado’s Marijuana Enforcement Division. As it stands now, Colorado marijuana regulators will be responsible for setting the bulk of the program’s rules — including aspects such as delivery limitations, tracking and training.

Proponents on Wednesday trumpeted the bill’s potential to decrease incidences of DUIs as well as black- and gray-market activity of delivery sales that are occurring on websites such as Craigslist.

Marijuana industry members said allowing delivery would be in line with the “regulate marijuana like alcohol” intention of Amendment 64 for Colorado, where the delivery of alcohol is allowed.

Also present at the hearing were representatives from Eaze, a San Francisco-based developer of marijuana delivery software. Eaze officials said there has been one incident out of 50,000 transactions in California and added that their technology could accommodate the tracking and regulatory needs of Colorado officials.

Opponents expressed concern about this bill resulting in more points of access for marijuana resulting in issues such as heightened crime, diversion as well as access by children.

Speaking in opposition of the bill were representatives of the Colorado State Patrol, Colorado Association of Chiefs of Police Colorado Counties Incorporated and Smart Colorado.

“You can’t have a dispensary within a certain distance of a school, but you can deliver — like a sub sandwich — marijuana to the house next to that school,” said Major Steve Garcia, speaking on behalf of the Colorado State Patrol and the Colorado Association of Chiefs of Police.

The bill’s language is similar to some of the marijuana delivery provisions included in legislation proposed last year. They were scrapped after Colorado Gov. John Hickenlooper expressed reticence about such a proposal. Marijuana delivery would be a “hazard” and could draw the ire of federal agencies, he said.